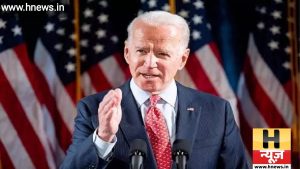 The United States on Friday designated China, Iran and Russia as countries of particular concern under the Religious Freedom Act over serious violations

The United States on Friday designated China, Iran and Russia as countries of particular concern under the Religious Freedom Act over serious violations, US Secretary of State Antony Blinken said. Blinken said in a statement that countries designated as countries of particular concern are often involved in serious violations of religious freedom, according to a report by news agency Reuters. Along with China, Russia, Iran, Myanmar and North Korea have also been included in the list of these countries. While Algeria, Central African Republic, Comoros and Vietnam have been placed on the watch list.

According to sources, information is also being received that Wagner Group has also been included in this list, which has a private army. Wagner is a private paramilitary organisation active in Syria, Africa and Ukraine. Several groups including this paramilitary organisation have also been designated as Entities of Special Concern. Blinken explained that the Wagner Group was named for its activities in the Central African Republic. During this, he said that governments and non-governmental elements around the world harass, intimidate, imprison and even kill people on the basis of their faith.

Plight of Minorities in Iran

The report states that the Bahá’í community is one of the most severely persecuted religious minorities in Iran. America believes that this year there has been an increase in arrests on the basis of religion in Iran. Christian converts and atheists as well as Sunni Muslims are being persecuted in Iran. More than 300 people have been killed and 14,000 arrested in violence that has erupted since the death of Mahsa Amini, a 22-year-old Kurdish woman from the country’s minority community.

Artemis Launch NASA Shoots for the Moon with $4 Billion Mission

Artemis Launch: NASA Shoots for the Moon with $4 Billion Mission The world's most powerful rocket was launched from the Kennedy Space Center in Florida...
Read more
Latest News

Google CEO Sundar Pichai said ‘India is a part of me, I take it with me wherever I go’